This is the show that I was supposed to have toured the U.K. with this year. Alas, it was not to be.

Life can be so juicy at times. Juicy like a sweet apple, filled with goodness. It’s the small things that make it so ripe for exploration, for prodding and poking. Robert Garnham’s new show is an hour or so of performance poetry and spoken word, comedy rhymes and whimsy by the bucket full.

With poems about life, LGBT issues, being envious of beards and the pitfalls of fancying a surfer, Juicy culminates in an extended theatrical piece about love and lust set at an airport departure lounge.

Multiple slam champion and longlisted as Spoken Word Artist of the Year in 2016 and 2017, Robert has performed everywhere from the Womad Festival to London Gay Pride. He has recently featured in a tv advert campaign for a U.K. bank. 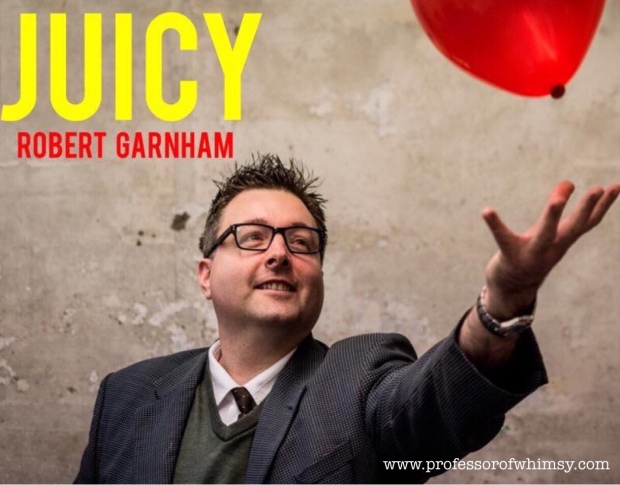