So here I am in Exeter, and I’m early for a gig at the Phoenix Arts Centre, and I’m sitting outside with a Coca Cola while going through my set and practising everything in my head. The event is Taking the Mic, and I’ve been coming here for seven years or so. When I first started coming, Liv Torc was the host, and I was crap. Things have improved since, to the extent that i feel comfortable enough to try out new material at this monthly event.
But I’ve been spoiled, over the years, by good audiences. I’ve had fantastic audiences at different ends of the country, and there have been nights where the audience was so good that I just could not get to sleep afterwards, pumped up and enthused. The downside of this is that I have now become very choosy when preparing for monthly gigs where people have seen me countless times before.
I write a lot and I try to write new material every day. It varies in quality, of course. And the pressure to come up with a good set, and good material at nights such as this, is almost all-consuming. The memory of all those wonderful gigs means that I’m eager to maintain the quality, and feed off of the audience reaction. And if it doesn’t work, or if it doesn’t feel right, then that can be quite depressing indeed.
As a result of this ruthlessness I now have countless poems and pieces which have never made the grade. They sit in my poetry book and I just know that some of them will never get performed. Some of them have been worked over several times, such as the one I’ve been prodding today about a doomed relationship, or the one about having a sofa phobia, which I’ve been working on, on and off, for about six years. I have no idea what I’m going to do with these poems.
I know I should take a risk. I know I should do some of the material that I’m not totally at ease with, the audience will show me whether I should continue hiding such works away, but a part of me doesn’t want to take risks. So as I sit here underneath an umbrella in the rain at the arts centre, I’m going through the set again, just making sure that I’m totally at ease with it. I spent last night rehearsing the new poem and I’m pretty sure it’s ready to roll. But there’s only one way to find out. I shall know the answer in a couple of hours time! 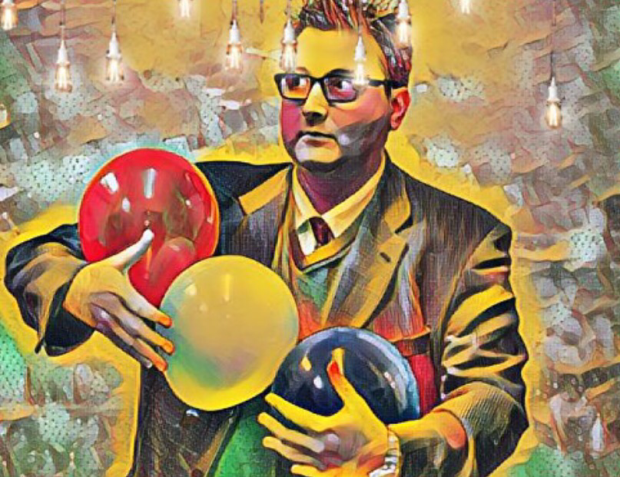