A few years ago now I was running Stanza Extravaganza, a night of poetry and spoken word based in Torquay. One month the regular night coincided with the Edinburgh Fringe and I was unable to host, so I asked my friend Tim King is he could do it for me, and he did. A couple of days later I received an email from a poet by the name of Becky Nuttall, asking if she could have a slot. She had been writing poetry for a while but had not yet read any in public.

The day after Stanza Extravaganza I asked Tim how it had gone, and he said that it had been an amazing night, because there was a new poet called Becky Nuttall, and she was brilliant. Oh wow, I thought, I can’t wait to hear her for myself!

Within a year or so Becky had become a regular reader and performer on the local scene, and a staunch supporter of the arts locally, as she had always been. Her poetry, measured and precise and beautifully atmospheric, is delivered in an equally measured tone which captivates the audience. Her work is timeless and draws on religious imagery, rock music, autobiography, the work of David Bowie, and the workings of the universe.

Becky’s first collection, Nick’s Gift, is a book as beautifully constructed as her poetry. The poems range from the autobiographical, such as The Puffin Man, such recounts a childhood encounter with an author who was blatantly grooming young children, to Protestant Girls in Catholic Schools with the exquisite line, ‘love the devil in me!’ The title poem is a beautiful and brief piece which uses sparse language to deliver the emotions of a life lived with the memory of that one special person with a last line, which I shall not repeat here, which explains just how long someone can influence a life.

For me, the most haunting and beautiful poem is one of the last. Spaceflight was written for a very special night in which the theme was the moon and its impact on culture and art. It again revisits an encounter with someone in 1973, a deep friendship which resonates, but this time outwards into the universe itself, riding on the language and imagery of David Bowie and that special magic which comes to all of us at odd moments of our life. ‘We are poets of the full moon’, Becky writes, ‘setting our words to the music of the spheres’.

Nick’s Gift is a remarkable book, deep in imagery and life and yet easily readable and relatable. Indeed, I have read it three times now and it lives on my desk where I can easily dive in and steal a couple of minutes in its presence.

Two months ago, I caught a late night bus from Plymouth and arrived at Paignton bus station just as the clocks struck midnight. And there on one of the benches I saw two people, teenagers, dressed trendily and just chatting and smiling, and my first thought was of one of the encounters Becky writes about. Because no matter what happens, life is timeless and emotion too.

If you are a fan of poetry which has emotion, nuance and humanity, then I thoroughly recommend this book! 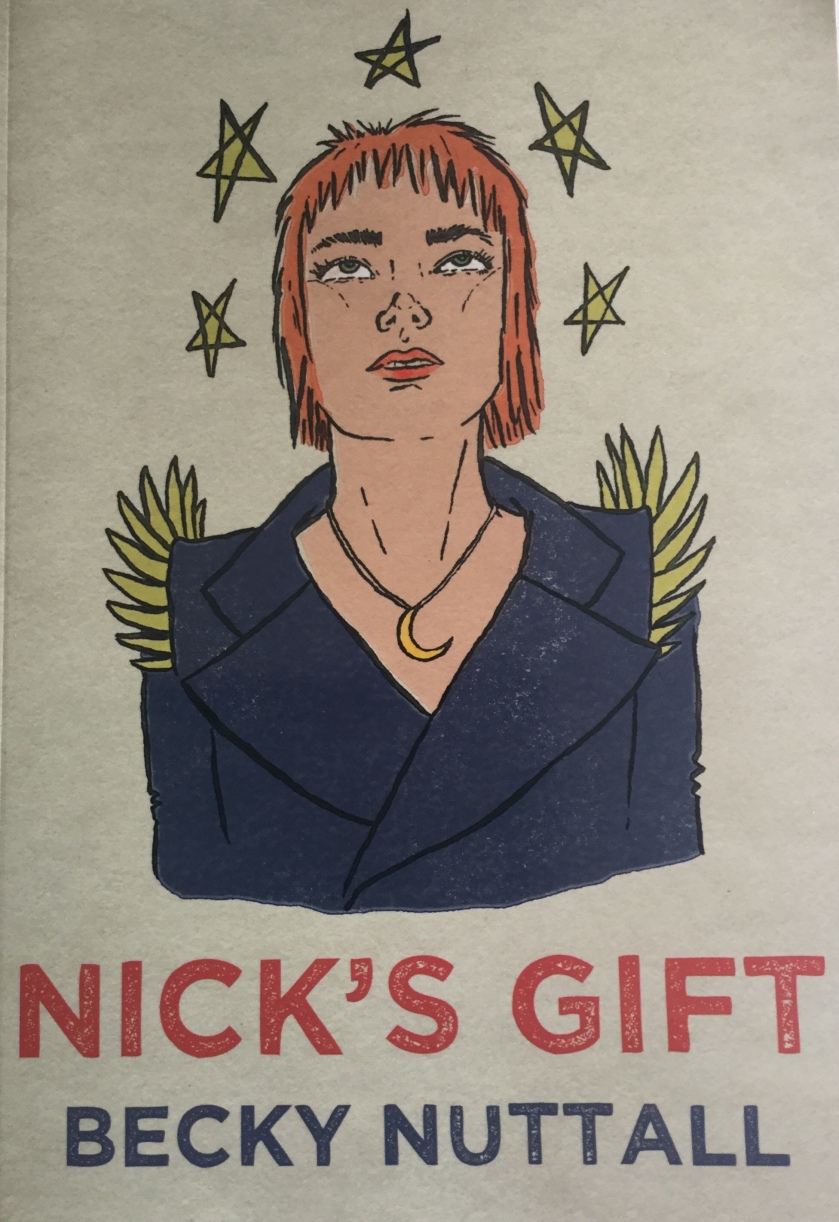