An overview of my career : I have no idea what I’m doing!

I’ve been performing spoken word for ten years now. Yes, this is my big anniversary. And it only seems like yesterday that I started performing. I remember the first gig, I was incredibly nervous but people laughed in all the right places, and this was the first ever time that I thought, okay, perhaps other people might find what I do funny. And since then I have performed all over the place, at festivals and fringes and spoken word nights and comedy nights and anywhere else that will have me, and I get paid to do it now, and that’s amazing and excellent, but you know what?

I’ll let you in to a secret.

I have absolutely no idea what I’m doing.

That’s right. Every time I sit down at my desk with a pen in my hand, every time I rehearse a poem, every time I get on stage, I have absolutely no idea what I’m doing. There’s no grand master plan, there’s no overriding theme, my poems are spur of the moment in the most part, and my performances are heavily dependent on the audience and the location and everything else.

Now I know this might not sound terribly professional. I know I should sit down and work things out. But I’ve spent ten years just going with gut instinct on absolutely everything. I have no idea what the right way of going about a career in spoken word looks like. I’ve had no training either in being an artistic practitioner, or the administrative side of things, and everything I’ve done I’ve had to teach myself to do.

And this is quite a comfortable position to be in. I don’t feel the need to follow any trends. In fact, my biggest influence is music and specifically, pop music. I don’t often watch other poets in my free time, and I don’t read page poetry, so I have no idea what the trends are. My main thought when concocting a poem is, hmm, I wonder if people might like this? And when I’m not performing or writing, I’m not a spoken word artist, I’m just a normal bloke who doesn’t even ink about spoken word until he’s actually doing it. As I say, I have no idea what I’m doing!

But this lack of a master plan has given me some fantastic memories and led to some amazing experiences. The best thing about ignoring boundaries and seeing beyond the narrow confines of the spoken word community is that it gives you the chance to collaborate with other artists from other areas of expression. Over the last couple of years I’ve worked with a film maker, a rock band, a jazz band, a violinist, a visual artist, comedians, improv artists, actors and art gallery curators. And these opportunities have all come about by not having a specific master plan.

Take poetry slams, for example. About seven years ago I got drawn in to the murky world of poetry slams and did quite well for a bit, but then got drawn in to the mindset that everything I wrote had to be a potential poetry slam poem. Dispensing with that mindset helped me write both shorter and longer poems, Poems that rely on props, music, and everything else, and I’ve been much happier creatively realising that you can go much further if you’re more relaxed in your writing.

But it has its downsides, of course, this mindset. There are long hours of existentialist dread where I have no idea of what I’m doing is worthy. And then I start wondering, well, does it have to be worthy? Does there have to be a message? I’ve just spent over half a year working on a show about tea and I have no idea yet if this was a waste of time. And the same goes for almost every project I’ve worked on.

So my career plan for the next few years is not to get bogged down in detail or on career plans. I’m just going to carry on going on instinct and having a fun and creative time. The artists I admire the most, Frank O’Hara and Laurie Anderson, spent their creative time being as open as possible and this is how I shall carry on. I have no grand plan to conquer the world or be the best spoken word artist there has ever been. I just want to have fun and help others have fun too. 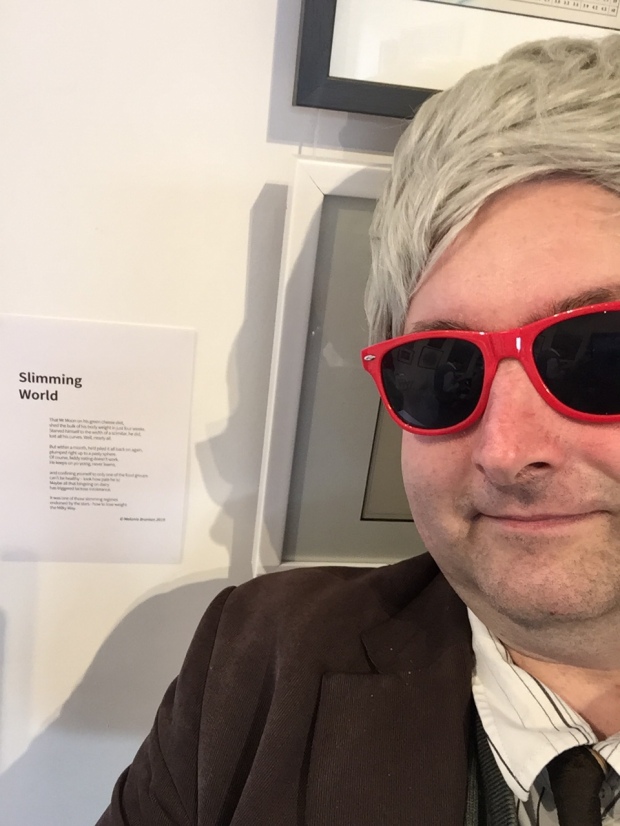