It has been apparent for some time that a solemn investigation were needed into the effects, physical and psychological, of an ant crawling on someone’s hat. Seeing it as upon myself, (the theme, not the ant), I set out, in a somewhat grave manner, and yet bravely, into such an investigation.
The manner this investigation took soon revealed itself to be poetical in nature, and within a couple of hours I had completed a poem based on the theme of having an ant crawl on someone’s hat. Yet this did not fully satisfy me, and a further poem was written.
At this time, I was bitten by the bug, (again, not the ant), and more poems began to arrive. The theme of an ant on a persons hat soon took over my life and all of my creative output, until such a time arrived that I could think of little else. Indeed, the poems began to resemble a Groundhog Day syndrome, the same repeated themes, the same story with different outcomes, different languages and tones, until within a month I had thirty such poems.
The good people at Mardy Shark publishing soon recognised their worth and a pamphlet was soon produced, titled, simply, Ant.
Ant stands as the zenith of my creativity, a full flow measure of poetic and literary sensibility, all inspired by the horror and the bizarre situation of having an ant crawl on ones hat.
You can download the Kindle version of Ant herehttps://www.amazon.co.uk/Ant-Robert-Garnham-ebook/dp/B071JDZJ7X/ref=sr_1_1?ie=UTF8&qid=1497201234&sr=8-1&keywords=Robert+Garnham+Ant
Or you can send off for the physical version here http://www.lulu.com/shop/robert-garnham/ant/paperback/product-23218401.html 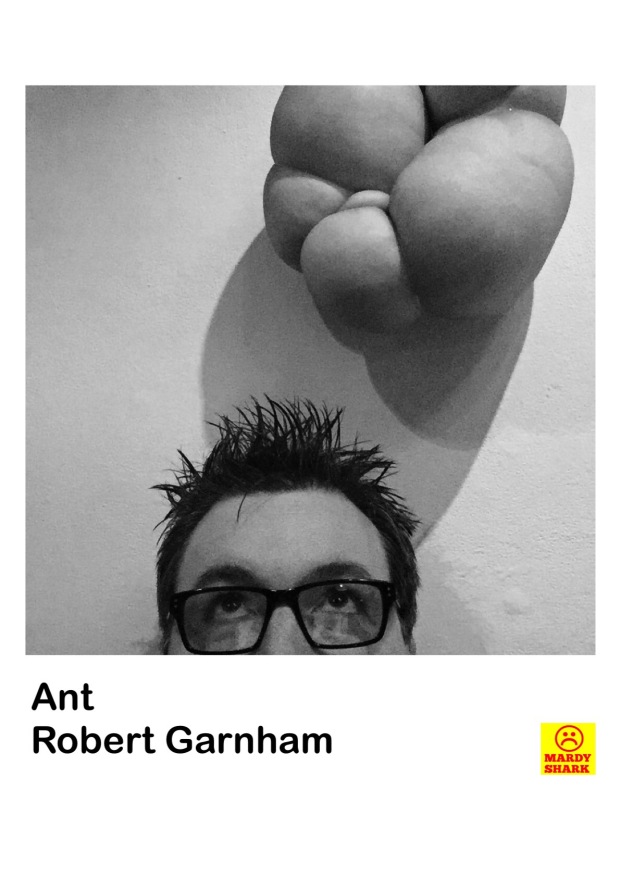