This is where you can find my previous Edinburgh and fringe shows in their entirety! 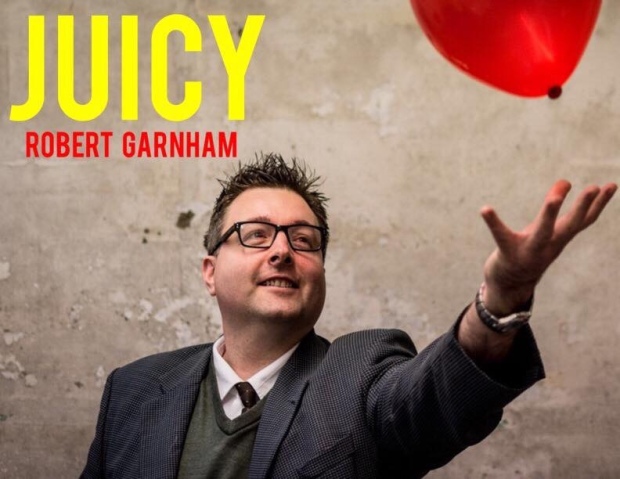 Life can be so juicy at times. Juicy like a sweet apple, filled with goodness. It’s the small things that make it so ripe for exploration, for prodding and poking. Robert Garnham’s new show is an hour or so of performance poetry and spoken word, comedy rhymes and whimsy by the bucket full.
With poems about life, LGBT issues, being envious of beards and the pitfalls of fancying a surfer, Juicy culminates in an extended theatrical piece about love and lust set at an airport departure lounge.
Multiple slam champion and longlisted as Spoken Word Artist of the Year in 2016 and 2017, Robert has performed everywhere from the Womad Festival to London Gay Pride. He has recently featured in a tv advert campaign for a U.K. bank.

Performance poet Robert Garnham takes the audience on a journey from a time where everything seemed to stand still.

IN THE GLARE OF THE NEON YAK

In the Glare of the Neon Yak is a riproaring piece of spoken word storytelling set on a sleeper service in the middle of winter. A train full of circus performers are being stalked by a mysterious entity which seems to mean more than just its eerie manifestation. A portent, an omen, the Neon Yak symbolises dark times. Will our hero find love? Will Jacques, the tight rope walker, get back together again with his ex, the circus clown? Does the secret of the Neon Yak lie in the hands of a randy old lady? Has the buffet car run out of sausage rolls? Will Tony the Train Manager find where they’ve put Carriage F? An hour show combining poetry, storytelling and music, In the Glare of the Neon Yak is the sparkling new show from spoken word artist, Robert Garnham.

Spout is an hour show featuring poems, stories and autobiographical silliness all around the theme of tea. If you’ve ever enjoyed a cup of tea, or are a coffee drinker eager to make that leap, then Spout is the show for you! Spout is sure to create a stir.

Meet Robert’s gran, who’s very fussy about how she likes her tea. Meet Aunt Rosie, who likes to sing while she’s boiling the kettle. Marvel at poems about hipster tea shops, tea-based rap songs and a group of magical fairies who specialise in baking cakes for gay weddings. This whole show will make you see tea anew!

Robert Garnham is an award winning LGBT comedy spoken word artist from Surrey. He has been long listed three times as spoken word artist of the year and has featured in TV advertisements for a certain building society. Spout is his ode, his love letter, to this beverage of kings, this every day magic potion, tea!

DANCING WITH THE ELECTRIC DRAGONS OF VENUS

Captain Robert is in space, he’s going to be the first gay man on Venus! Ground Control have recorded three stories to inspire him and keep him company. A supermarket janitor pining for love. A container vessel in the middle of the Atlantic haunted by the ghost of Marcel Proust. A tea shop which refuses to make a cake for a gay wedding visited by the Elves overnight. And then when Robert arrives, he’s kidnapped by the fiendish Moist Robots!

If you enjoyed any of these shows, here’s my tip jar where you can buy me a coffee any time! 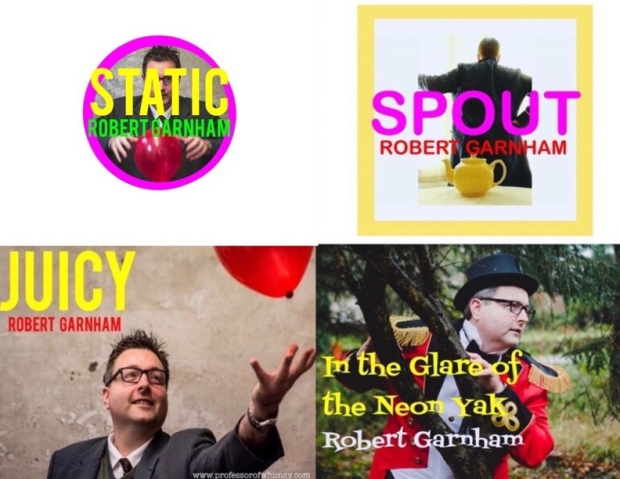