Last night I caught the train to Torquay and walked from the station to the Blue Walnut. It was seven years almost to the day since I started performing which means I’ve done the walk from the station regularly all that time. The road is steep and at one point it does a switch back, like a mountain road, and there are steps cutting through so that the pedestrian doesn’t have to follow the road and has a short cut. When I first started performing, I used to be so nervous walking this route that I would follow the road rather than take the short cut, because it prolonged the moment that I would arrive. In fact I used to be so nervous that before a gig, I would spend an hour in my flat lying on the floor staring at the ceiling, trying not to think about it.I chatted to Tim King last night and we both said how nervous we were before the gig. Perhaps it’s a good sign, being nervous. But even after all these years I feel something deep within, some fear of the unknown, of mucking it up, of being humiliated in front of a room full of strangers, of being exposed as an incompetent who’s only blagging his way through spoken word events.

The biggest fear is probably of completely losing touch with everything. With the audience, with the words on the page, with the whole situation. The line between being in the audience, being a normal member of society, and being a poet, particularly a humorous poet whose job it is to make people laugh, is very thin. Anyone can do it. I did. I made that leap after coming along to a poetry night.

But there’s a suspension of disbelief inherent in being in the audience, and this is the thing that keeps me going. They’re not judging you, they’re there to have a good time and they want you to do well, particularly if they have paid to get in. The moment you step in front of the microphone you are on show, and everything you do comes through the filter of being there. Actions become acts and words become performance. The promoter has chosen you to be there, an instance of curatorial design, you have been hand picked and therefore judged as worthy to be on show. The audience knows this.

But that doesn’t stop me from being nervous. Even last night, cutting through and using the short cut on the way to the Blue Walnut, I felt that the walk was quicker than usual and I felt a bit cheated because of this. But it wasn’t as bad as it was in the old days. 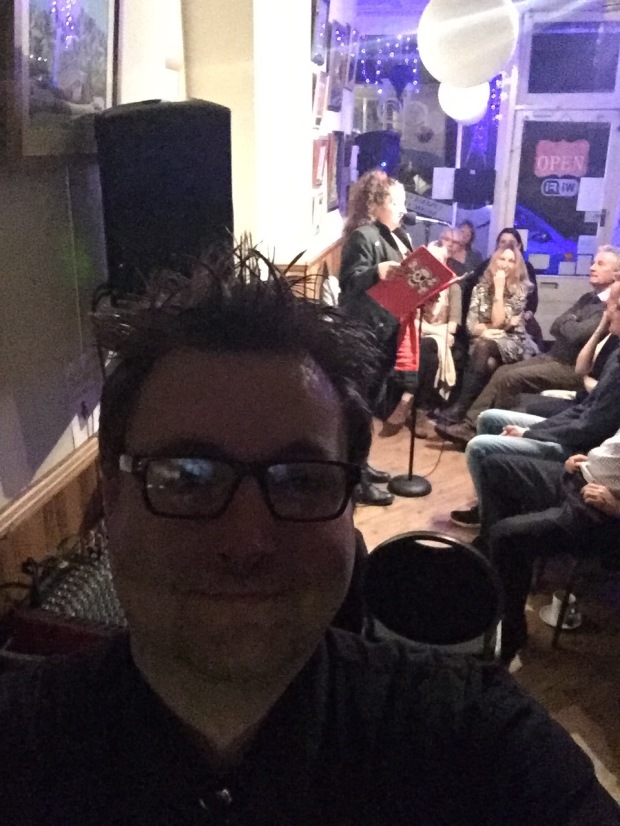