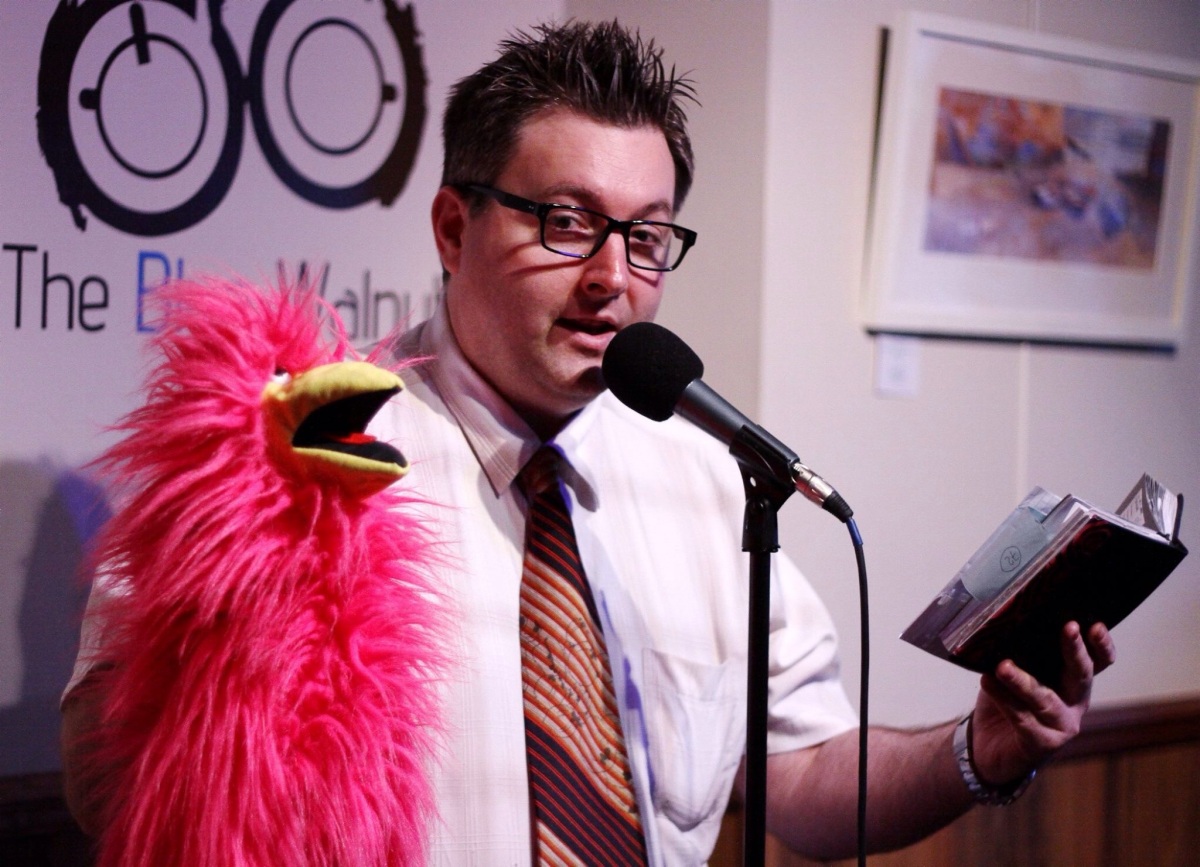 Many performance poets and spoken word types see an open mic slot or poetry night appearance as an opportunity, rightly so, to show the world how good they are. There’s minimal banter, a bit of a hello, and then they launch into their work. Which is excellent, of course. Until recently, this is exactly what I’d do. Hello everyone. Here’s my first poem. It’s about ironing boards.
One of the drawbacks of this is that once the audience has got used to you and your oeuvre, there’s no real change or sense of resolution or ‘journey’. A good set has to have a good narrative, just like a book. I suppose with me the problem was that I was influenced by music more than comedy. ‘Heres our latest single . . . and here’s an old hit’.
Over the last year I’ve been working more in comedy venues and with comedians as well as poets. Comedy audiences expect to laugh, but they also expect to be taken somewhere. And the same is true of a really good poetry set. Thinking back to all of the poets and performances that have struck me as good, there has always been this carefully constructed variance and journey, linking the poems and stringing them along with extra material, comedic asides, truisms and chit chat.
I think of people like Nathan Filer, Liv Torc and Byron Vincent. They understand that the poetry should take the audience on a journey from the heights of comedy and bliss to the darkest depths. The in-between linking material adds to the whole effect. The audience is there to see more than just the poetry. They also want to see the poet.
At the weekend I performed at Glas-Denbury music festival. Tim Vosper was on the bill, and he was amazing. His poetry is fast paced, comedic, funny and clever, but it’s all extenuated by the excellent linking material which makes use of such comedic devices as the afterthought and the callback. It was all very cleverly done, and the audience loved every minute. As did I.
Therefore I’ve been thinking more than ever of the necessity of narrative, even in the most hurried environment. Last week, I was called in to a comedy venue with forty minutes notice, not enough time to create a proper set with linking material, and while it went okay, I think it would have gone much, much better had I had time to sit and write.
This may all appear to be basic stuff, to the seasoned professional, but the results are amazing. Good set construction makes everyone feel better, and this is an area where I shall be concentrating in future. I cringe to think how many times I’ve just stood there and said, ‘Here’s my new poem . . . here’s my famous poem’.