https://youtu.be/ZoRytcasNrc
So the good thing about the fringe is that you see all kinds of different acts and the potential for being inspired is heightened. I’ve seen so much while here that I’ve got a very clear idea of where I need to be and how the show can be massively improved with just a few small tweaks. Yesterday I was very privileged to have breakfast and a long chat with one of my favourite performers, (who wishes to remain anonymous because of the trade secrets that he divulged thereat). We met at a coffee shop in the new town area and he took me through every aspect of putting on a show, from the logistical detail of publicity and accommodation, to the more fundamental aspects of rehearsal, writing, learning the damn thing. It was the most enlightening couple of hours I’ve spent in a long time, as he imparted information which an artist might ordinarily have to cough up a lot of money for. I bought him toast and coffee to say thank you. In fact, I was so inspired that I went away and did a little bit of writing right then and there.

So I did all this flyering, and what do you think happened? No audience. I could only be philosophical about it, of course. I’m at the fringe, yes, but really I’m not that well known in the slightest. My show is on directly after Harry Baker, and he’s a world slam champion. And I’m also a slam winner. Well, second at the Swindon slam, anyway. Later on in the day I watched Gecko’s excellent show and he did a song about the painting that shares the room with the Mona Lisa and I thought, hmm, I know exactly how it feels!
But it’s all a great experience and a valuable learning opportunity. I’ve seen so much that has inspired me that I know exactly the manner and tone that I shall be adopting in my writing. And yes, I’m probably the oldest performer on the spoken word scene up here by quite some margin, but I feel all new and eager to get on with it. 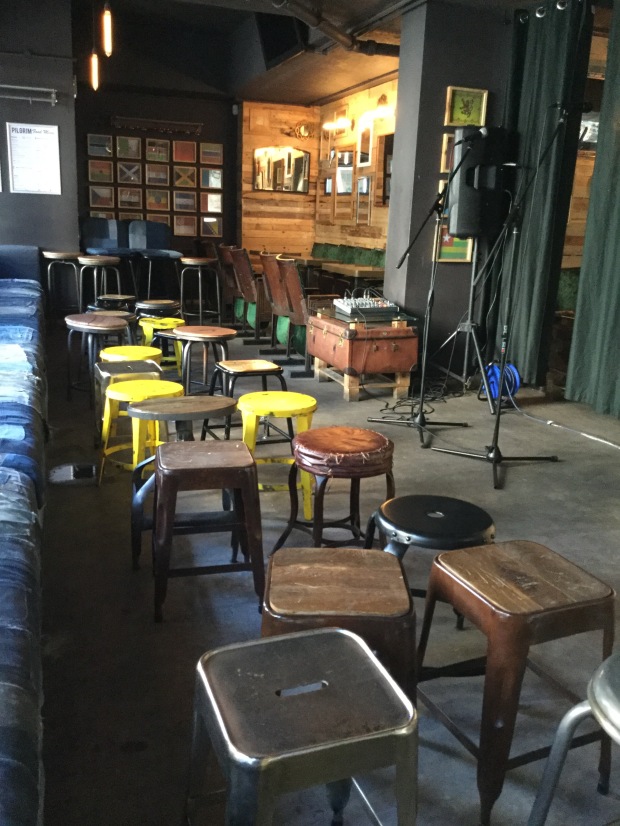