And worse than that, she hadn’t even come to watch us. She had expected something else to be on. We invited her down into the basement of the Royal Oak to our performance space and we performed just for her. But then she said she had to leave at half past to see something else, so we stopped the show halfway through and reminded her that she needed to go. She didn’t clap much.

The second day we had a fifty percent increase in viewers, and they both stayed to the end. One if them was Tina Sederholm. The other was an Australian we met earlier.

But it’s so much more than just our show. I went to see one of my heroes, Rob Auton, he was brilliant and honest and human and everything that’s good about the human spirit was exemplified in him. We chatted afterwards, and I helped him pack up. As a fellow performer, you see, the importance of getting the venue ready for the next performer is paramount. And another poetry hero was also there, Byron Vincent.

Then I went off to see a drag artist, Mzz Kimberley. She was fantastic and belted out some classics to an audience of eight blokes. She sang to me. I could have watched all night. And when I left, I saw Eddie Izzard crossing the street. He stumbled on the cobbles in his high heels and bumped into me. Oh. These chance encounters!

A poet gave me his flyer. It must have been his last one, as he had written his set list on the back, I wanted to go and find him. It was probably important!

So it’s a cattle market here, of shows and flyers and leaflets and slow walking tourists. But I’m getting the hang of what’s required, hence this blog. Getting the word out there, you see! 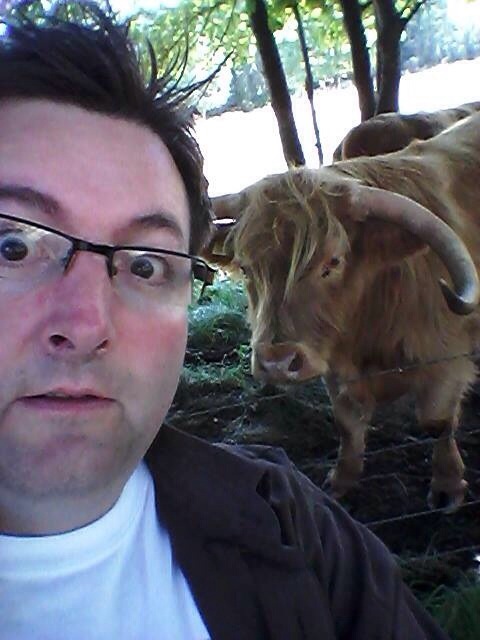