I’m back in real life, now. The Edinburgh Fringe is just a dim memory. A strange thing that happened. Of course, I was only there for a week, my friends and colleagues were mostly there for three whole weeks. How must it feel for them? How does it feel for me?
It took a while to adjust to normal life. When I got back to Paignton I kept thinking that the festival was still going on. Whenever I saw crowds of tourists at the chip shop I’d think they were queuing for a show. Posters in the library weren’t for upcoming Free Fringe shows. And it felt weird, walking through the holiday crowds and not handing them flyers.
I came away from Edinburgh with so much. The first thing I came away from with was a headache, but that’s just the eleven hour train ride to get home. The second thing I came away with was an appreciation that not everything that you plan for ever occurs. I didn’t realise the performance space would be so noisy! It was the corner of a very busy bar, not the quiet room that my director and I had assumed during rehearsal. Static has lots of quiet moments and subtlety. It’s hard to be quiet and subtle when there’s a stag party in the room. The other acts were fantastically loud and it was the second day that I decided to concentrate on volume.
But the biggest inspiration came from seeing other shows and talking to the other performers. I’ve got so many ideas for next year now that I’m really looking forward to developing something amazing, with less props. Carrying props around Edinburgh is not fun. Why did they have to build the city on the side of a mountain?
The other idea I had is to apply to have a venue at next year’s fringe. And for the venue to be in Paignton. Imagine how fun that would be! To have the Edinburgh Fringe happen in Paignton. Obviously there would be the question of travel and logistics, but imagine the symbolism.
So I’m back here in civilian life. I miss the camaraderie and the support. The Pilgrim venue staff were excellent and so were the other performers. I made so many new friends, and I’m full of gratitude for the help and advice that they gave me along the final week. 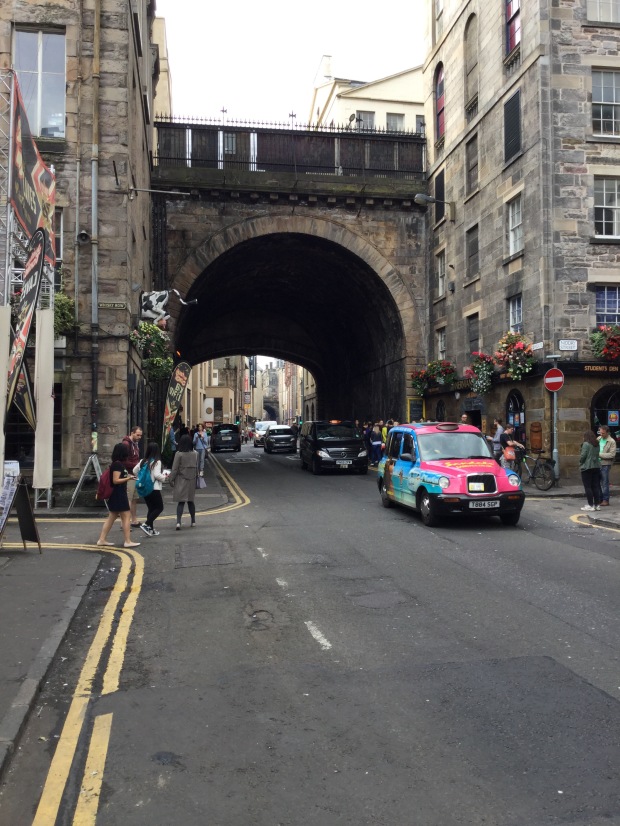