What does spoken word actually do? What is it’s purpose?

There have been grumblings on various social media platforms that the issues raised in spoken word go no further than the echo chamber of like minded audiences. A prime example of this would be slam competition in which the winning performer is they who the audience most agrees with, or judges to be the most worthy winner, based solely on the issues addressed by the poet. And while it is good that such issues and themes are brought to public attention or at least reaffirmed within the minds of the audience, there is also the suspicion that this, and this alone, is as far as the message will get.

I am an optimistic person and I see every performance or poem as an opportunity to change the world, for the better. Yet it seems to me that beyond the lucky few whose poems become viral social media hits, few ever really reach in to the wider public consciousness. Partly this may be a fault of the set up of the current spoken word community, in that most spoken word performers are performing to other spoken word performers, and are reacting and being driven on by other spoken word performers, or indeed, writing poems specifically to raise issues not that they care about the issues terribly deeply, but rather more that in so doing they hope to win slam competitions.

I am a spoken word performer. I am a comedy spoken word performer. I tell people that this is what I do and they look at me kind of blankly. They’ve never heard of it. The vast majority of my friends are not artists or poets, nor do they care for art or poetry. Most of them like comedy, and I know that if they could get a sense of what it is that I and others do, they would really enjoy it. But there’s nothing for them to grasp as an example of spoken word.

We need a regular mass audience platform. It’s Ok being tucked away on Radio Four just before midnight, or on the occasional advert, but there needs to be a showcase both for established performers and up and coming poets. The success of Kate Tempest shows that there is an interest in what we do, and the best selling live poetry act in the country is Pam Ayres, but how many people would link these act, or consider the variety which falls between these two fine examples?

We need exposure. We need to be broadcast and for the top names of our art to be as acclaimed as those in other art forms. There need to be stories and articles, television programmes, radio interviews. Spoken word needs to appear in the mainstream, constantly. The three minute form of a poem is perfect for social media and YouTube, but there needs to be something with prestige and acclaim. A Top of the Pops for spoken word. A Live at the Apollo for performance poetry.

Only then will spoken word become truly viable, truly a voice for issues which need to be raised and discussed. We are part of a wonderful community of enthusiastic writers and performers, and only when our voices are magnified and broadcast further, can we do our bit to change the world and change people’s minds. 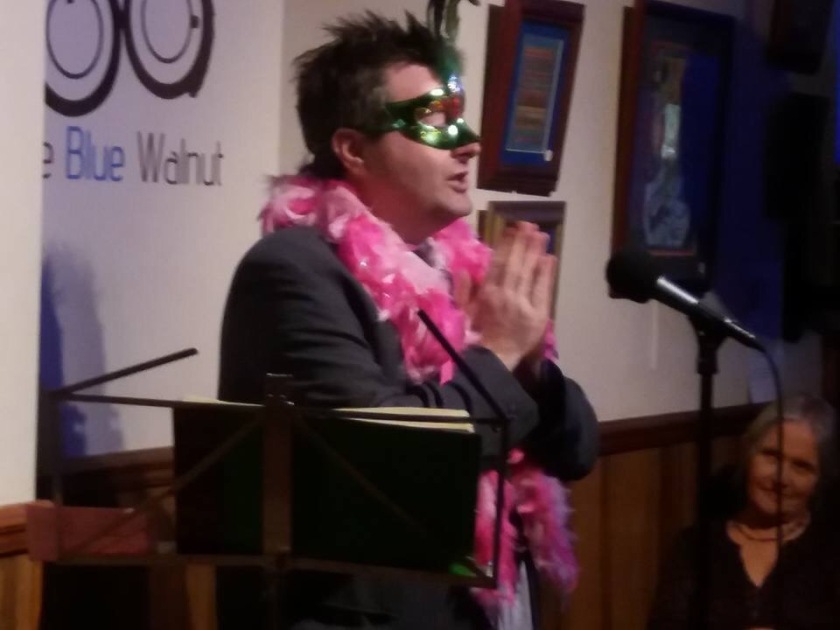