1- I used to babysit for Chesney Hawkes’ next door neighbour.
A long time ago, when I was studying for my A Levels, I used to babysit for a Dutch couple in a very posh house in Sunningdale. Which meant sitting in a strangers living room studying. Except there was a season of Neil Simon films on and I’d watch those instead. Anyway, when the couple came back one night they revealed that Chesney Hawkes lived next door. Perhaps I should have invited him round for a cuppa. I never saw him.
2- I used to date Michael Caine’s niece
Yes, shocking, isn’t it? I won’t reveal anything else about her except that we were good friends and I would love to get back in contact with her. Actually she might have been his cousin, but ‘niece’ sounds better. She was from Guyana, a place which I’ve felt a special affinity to ever since.
3- I was in Japan a couple of weeks before the tsunami.
The tsunami affected me deeply because all I could think about was the people I’d met and how much I’d loved Tokyo.
4- Elton John used to walk his dog past my grandparents house.
Apparently. Before he was mega famous. This would have been the early seventies before he moved to Old Windsor. I never saw him, but my sister did work experience in a book shop in Virginia Water. One day Elton John came in and bought four hundred quids worth of books. He saw another in the window that he wanted and my sister laddered her tights climbing in to get it for him. All she would go on about was her tights and I was thinking, wow, you met Elton John!
5- Danny la Rue once held the newsagents door open for me.
He was doing the summer season in Torquay and he’d popped in to the newsagents in Brixham to buy a paper. I said thank you and he smiled very sweetly at me.
6- I was almost on the David Letterman Show.
The last time I stayed in New York I stayed in a hotel next to the theatre where his show was filmed. They started the new season the day I arrived and I saw a queue, so I joined it. There were people in the queue from all over the US. You had to apply for a ticket. I got to the front of the queue and the lady on the desk said, ‘Where are you from?’ ‘England’, quoth I. ‘Hang on’, she said, ‘I’ll call the producers’. A couple of men came down, wearing Letterman baseball jackets, and we chatted, and I said I just wanted to see how the show was put together. They asked for a phone number so I gave them my mobile. I said guys I was staying next door. The producer said that his name was also Robert. They seemed very keen that I should come and watch the show but they never called. They never called.
7- I’ve seen UFOs but still don’t believe in them.
Growing up near Heathrow, you get used to aircraft and lights in the sky. One night there we two bright lights just hovering over the airport. It was kind of spooky. They then zipped to the other side of the sky and just hung there. While this was happening, there were no planes taking off or landing. I’ve got my theories, including satellites and surveillance, but if was certainly spooky. The other thing I saw was when I was at middle school, there was something metallic and pyramid shaped high up in the sky, just sat there. I have no idea what it was, but it was real, and I don’t think there were any aliens in it. What’s so fascinating about Staines that you’d travel from the other side of the Galaxy?
8- I was in a plane that ran out of fuel over the Atlantic.
Air Transat, bless them. The pilot said, ‘Personally, I think we can make it, but my first officer advises me that we should stop and take on more fuel’. We landed at Goose Bay military base in Newfoundland. A couple of years later another Air Transat plane ran out of fuel and had to glide to the Azores. Look it up. It’s an amazing story.
9- Two generations of my family were suspected of spying.
During the war, and a blackout during the blitz, my Grandmother in London accidentally let a bonfire flare up again in the back garden. An air raid warden arrested her and she had to appear at court where she swore blind that she wasn’t a German spy.
In the 1970s my dad worked abroad for the Ministry of Defence and when he flew back my mother and his brother went to the military base to wait for him. They decided to wait on the perimeter fence with a pair of binoculars. They were escorted away by the military police. They swore blind that they weren’t Russian spies.
10- My dad, uncle, grandfather and myself, (three generations), all had birthdays on January 2nd.
January 2nd, if you must know. 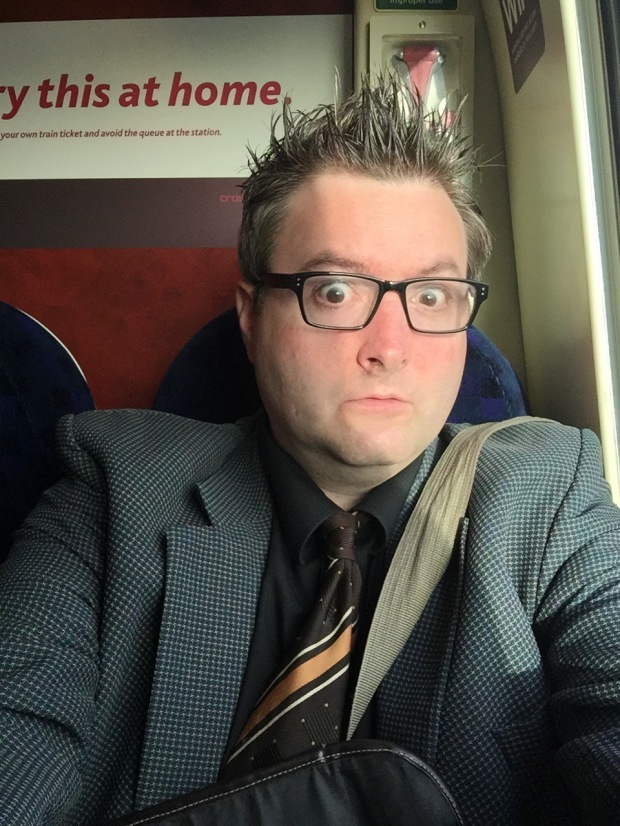